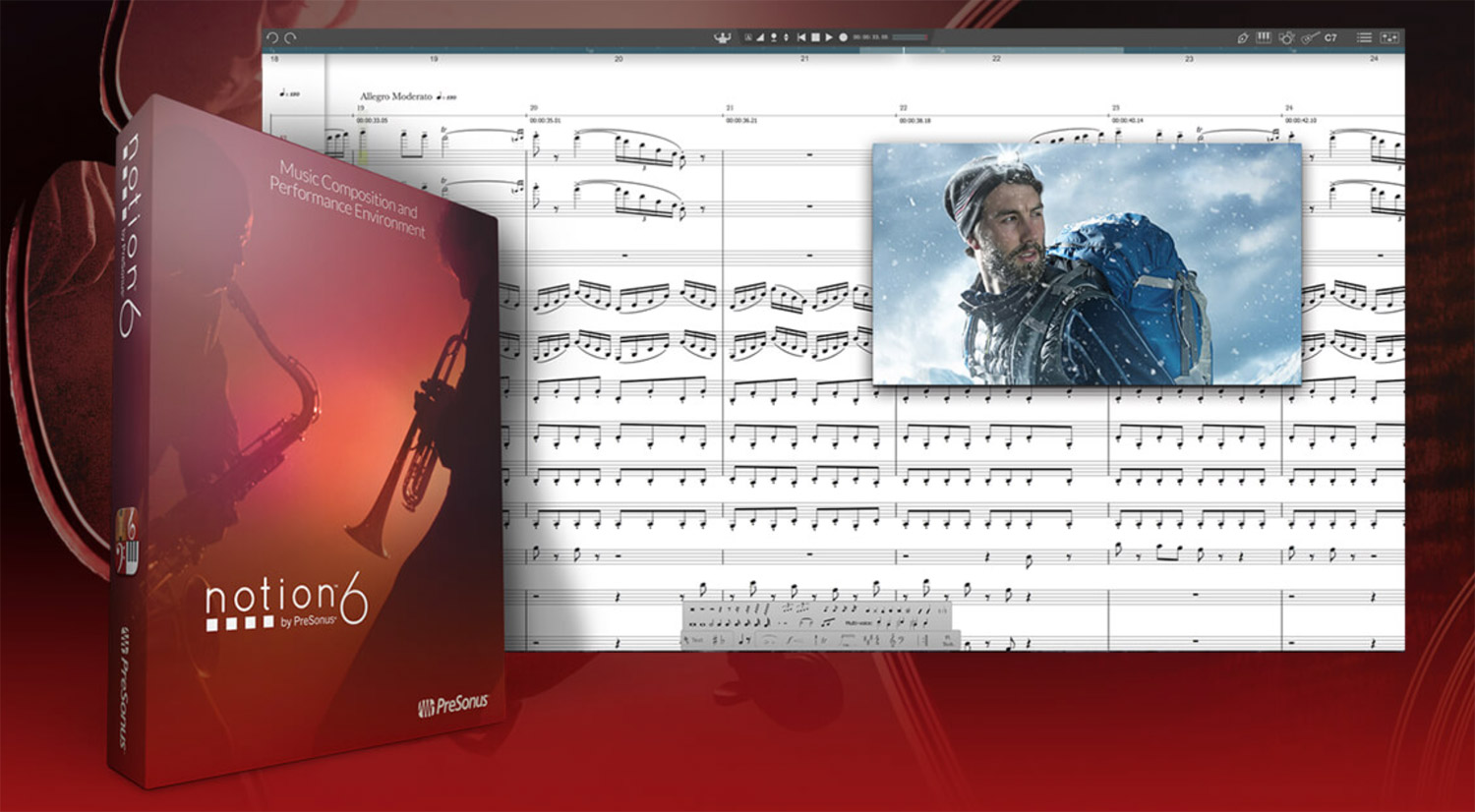 Notation software used for score writing includes various software such as Finale and Siberius, but recently I use Notion 6. 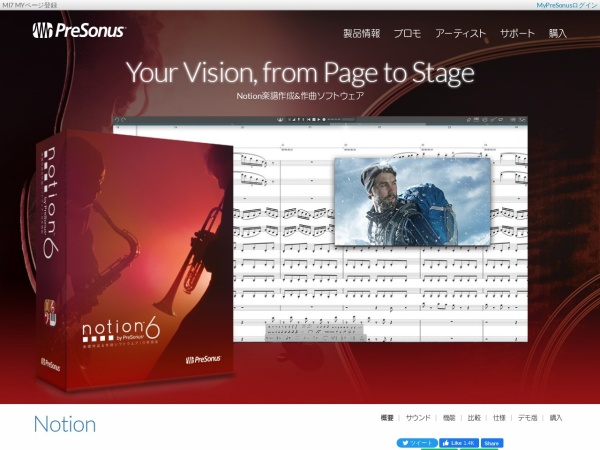 Although Notion 6 has limited functionality compared to Finale and Siberius, it is not inconvenient if you do not create a very complex score, and you can complete a wide variety of scores, from banding to orchestra. Also, ReWire can be used in conjunction with DAW, and can work seamlessly with Studio One, so people who are used to creating sound sources with DAW can be said to be a particularly useful notation software. I would like to easily summarize the impressions I’ve used so far.

Notion 6 includes sound sources such as London Symphony Orchestra, Soundiron, etc. in playback samples, and can provide high-quality playback as a notation software. When used in conjunction with DAW, you can achieve both score creation and sound production. You can also purchase expanded sound sources such as various section sounds from Presonus’s library. The following is the sound source of my work “Awakening”, but all uses Notion 6 except for some brass instruments (Tp./Trb./F.Hr.).

Making high-quality demonstration sound is one of the effective means to convey the image of your music.

Notiion 6 features cross-platform handwriting recognition with MyScriptTM technology. Composers who are accustomed to handwriting on paper instead of using notions with a mouse or keyboard can write their score while using the Notion 6 on various devices with touch screens.

Difficult to adjust the position of staves

Notion 6 is difficult to adjust the placement of staves. Especially in the case of full score, if it is a small score of 3 to 5 parts, the placement of each staves can be made appropriate by adjusting the score size and staff interval from the “full score option”. When it comes to a full score with a large number of parts-orchestra, wind, etc, you need to adjust for parts respectively. If you do not do this, the spacing of the staves between the pages will be disjointed, and the appearance of the score will be very poor when the page is spread.

In order to adjust the system, it is necessary to select “Show layout bundle” from the “Display” of the toolbar, drag and drop the “□” displayed on the left of the part name, and arrange manually. In this point, for example, in the case of Siberius, the magnetic layout function enables automatic spacing of every stave as well. Adjustment of the group is one of the points that I would like to expect improvement in Notion in the future.

The share of notation software is still dominated by Finale and Siberius. Since publishers generally require Finale’s (.musx format) or musicXML, there are very few cases where scores can be submitted in Notion 6 format. Of course, Notion 6 has an export function in the musicXML format, but in that case it requires careful attention so as not to cause the design collapse.